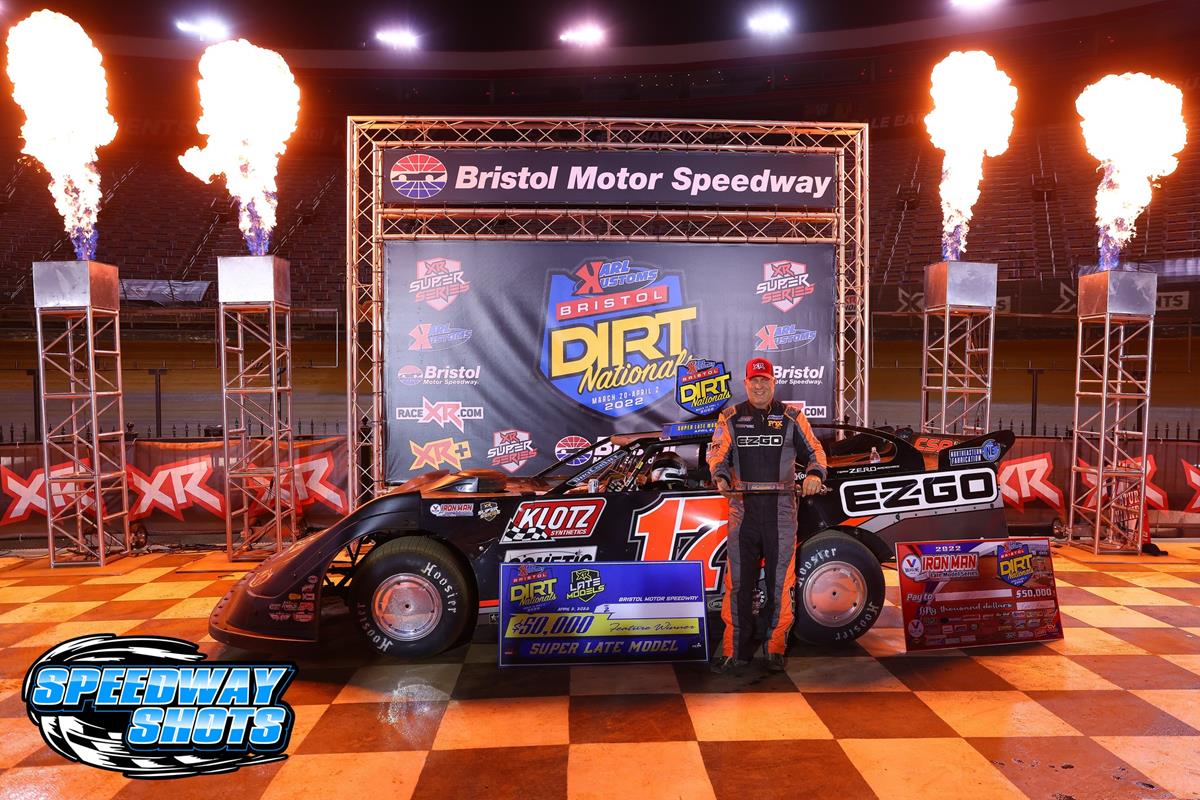 History repeated itself on Saturday night at Bristol Motor Speedway. Twenty-two years ago Dale McDowell won the inaugural dirt race at the hallowed, ½-mile oval, and on Saturday night he accomplished the feat again to the tune of $50,000.

"This was for the old guys. And we still got hope, we've still got it," a jubilant McDowell said after leading the final 21 laps Saturday for a $50,000 payday in the miniseries finale. "You know, these young guys make it tough, but it's awesome. It's awesome to be back here, you know, 22 years later.”

An elated McDowell continued, "Oh man, it's an unbelievable feeling. We've had a really good year. I can't thank the guys for working as hard as I did on this E-Z-Go hot rod. It made my job easier tonight."

Dale McDowell returned to the dirt-covered Bristol Motor Speedway (Bristol, Tenn.) on Friday afternoon to wrap up the Karl Kustoms Bristol Dirt Nationals with the final two events. Drawing 30 XR Super Series entries, McDowell rebounded to finish fourth in his heat race after failing to record a lap in qualifying.

Starting the $50,000-to-win A-Main in 13th, Dale improved six positions in the 50-lap affair to register a seventh-place finish.

On Saturday night, Dale clocked in fifth-fastest in his group before placing third in his heat race. Earning the ninth-starting position for the finale, McDowell wheeled into the top five on the opening lap and began his pursuit for race-leader Ricky Weiss. Sneaking ahead of Weiss on lap 30, Dale paced the field in the remaining 21 circuits to claim his third win of the season ahead of Chris Madden, Chris Ferguson, Scott Bloomquist, and Jimmy Owens.

Along with his $50,000 payday for the 50-lap feature triumph, McDowell claimed an additional $50,000 for finishing second in the Karl Kustoms Bristol Dirt Nationals points race.

Full results from the weekend are available at www.XRSuperSeries.com.