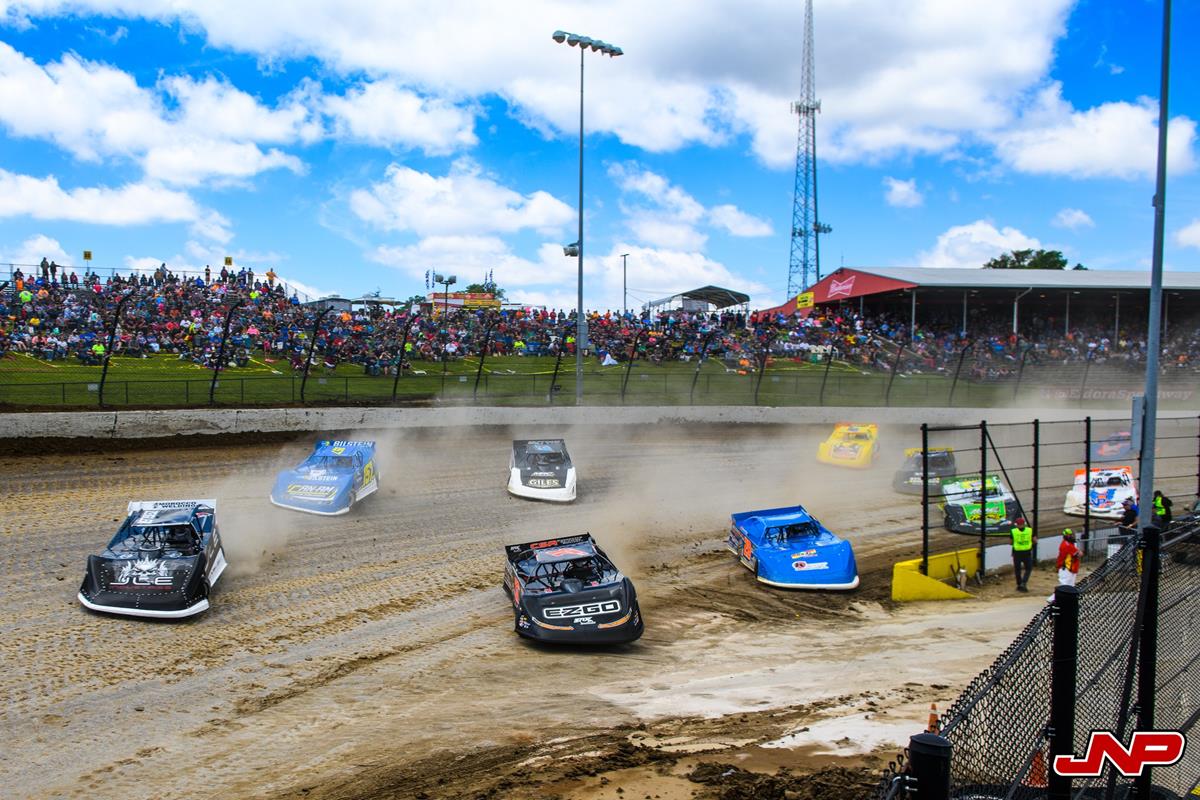 With the 124-car field split into two groups for a pair of $12,000-to-win preliminary features, Dale laid down the fifth-fastest time in his 62-car group but was slammed into by another competitor in his heat race, relegating him into the B-Main. Charging from 15th, McDowell passed 12 cars in the 12-lap consolation event but missed a transfer spot by one position.

Rolling off on the third row of his heat race later that night, McDowell recorded a fourth-place finish, sending him into one of two B-Mains for another shot at the $1,002,022-to-win Eldora Million. Outdueling Brandon Sheppard to capture the 20-lap consolation victory, Dale locked into the 22nd-starting position for the main event. Coming one spot shy of a Top-5 finish, Dale McDowell advanced through the field 16 positions in the 101-lap affair to finish sixth.

For the Dirt Late Model Dream XXVIII on Friday afternoon, Dale edged his way into the preliminary feature with a third-place finish in his heat. With $12,000 on the line, McDowell passed five cars in the 25-lapper to register a fifth-place finish. He followed Chris Madden, Brian Shirley, Tyler Erb, and Scott Bloomquist across the line.

On Saturday evening, McDowell came in fourth in his heat before picking up a 15-lap B-Main win. Starting the $128,000-to-win Dirt Late Model Dream in 22nd, Dale was running in 12th when continuous rain forced officials to postpone the remainder of the 100-lapper to September 7th.

Full results from the week are available at www.EldoraSpeedway.com.