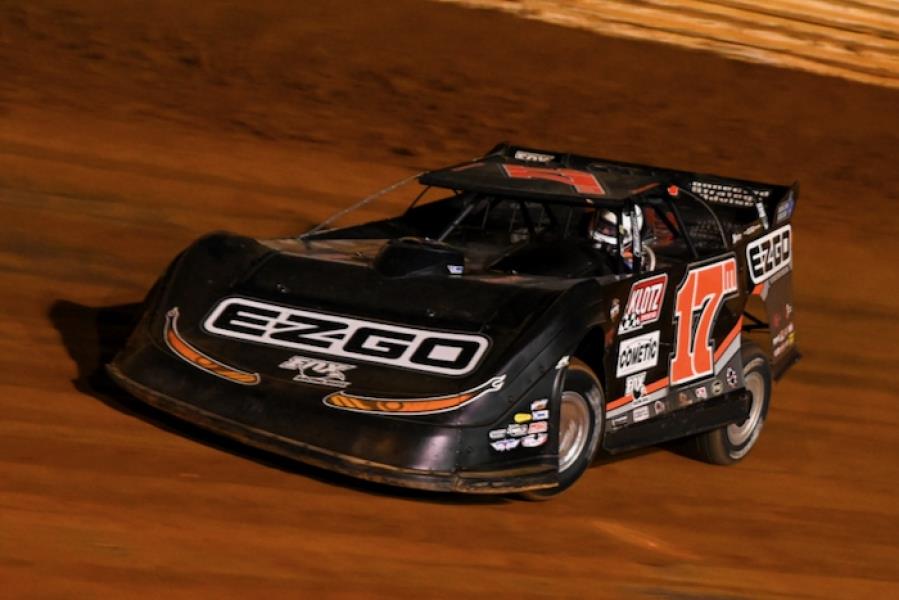 Drawing 33 cars, McDowell laid down the third-fastest time in his group before placing first in his heat. Starting the $12,000-to-win A-Main in third, Dale powered past early pacesetter Cory Hedgecock for the lead on lap 19 and looked to have the field covered when he suffered a flat right-rear tire with five circuits remaining. He rebounded to finish in the 50-lapper, which came behind Hedgecock, Michael Chilton, Scott Bloomquist, and Cla Knight.