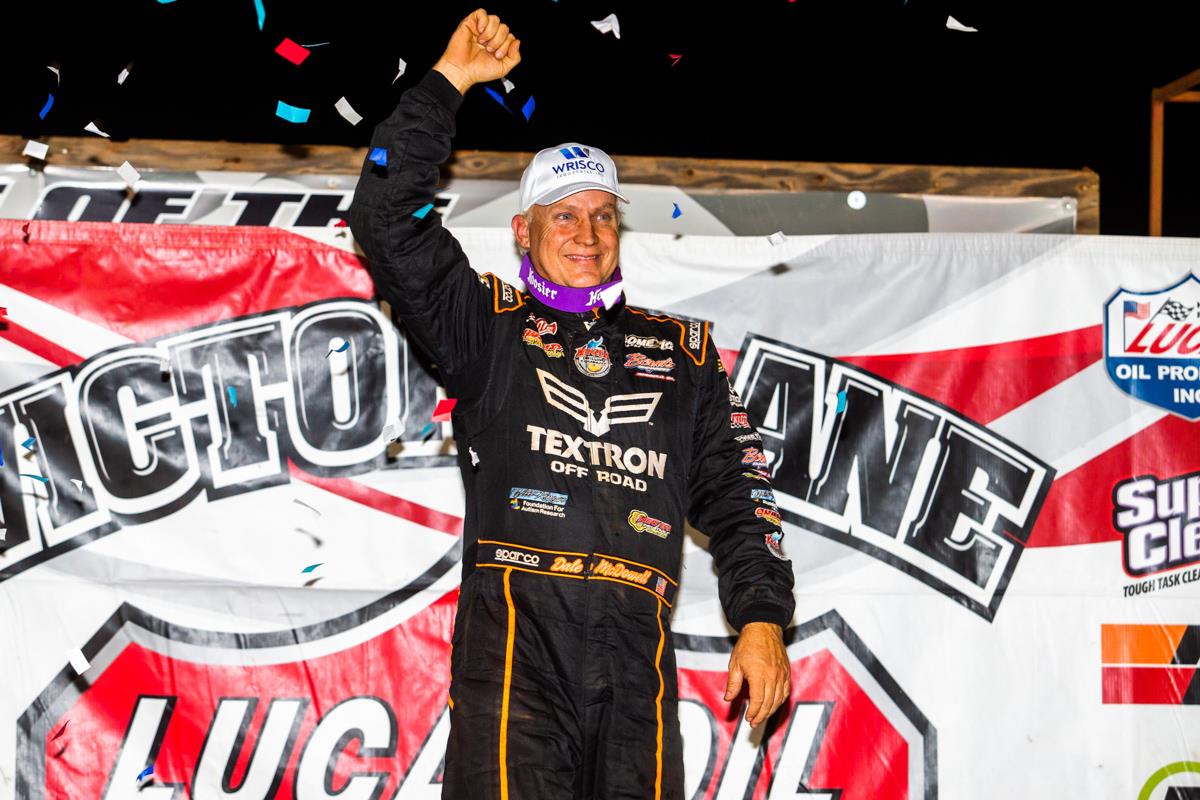 “It was a great night for us. We qualified well and started up front. Thanks to Shane [McDowell] and everybody with the team. They all worked extremely hard on this car and it paid off tonight. I was thinking of Mike [Swims] when I came around for the checkered flag. I felt like he was talking to me and saying good job buddy or something like that. Thanks to all of the Swims family, this place has remained such a solid piece of racing history for years and years. Thanks to all of you race fans, without you, we couldn’t do this.”

A caution with 25-laps completed helped McDowell as Davenport had cut the gap between the two. “I never thought I would see the day when clean air is so important in dirt track racing. When I got behind those guys I was trying to lap, it was dirty, messy air, and I couldn’t maneuver the car like I wanted to. When you are out front in those situations, you are just a sitting duck. Those guys behind you are going to go where you aren’t.”

“I figured JD [Davenport] was on the top side and Shane [McDowell] was giving me signals that he was closing. He looked really good in his heat, so I figured he was on the top side and Josh was in the middle. I had to get kind of greedy and those guys are tough week in and week out. It’s so special to win this race,” said the 52-year-old driver in Lucas Oil Victory Lane for the ninth time in his career. With his win, he becomes the 19th different winner on the tour in 2018.

“I really don’t know if I wanted to see that caution at lap 25,” said Davenport, who extended his series point lead with his runner-up finish. “We were pretty good in lapped traffic. We were quite maneuverable and that’s how we got by Josh. The track was cleaning up in a hurry. Congratulations to Dale, he had tough luck last night while leading at Tri-County. This might be the best I have ever raced here. I grew-up about an hour and a half from here. It was a great points night for us as well.”

Richards was happy with his podium finish. “We had a really good car tonight. I have to thank Clint Smith for giving me some pointers, he has a lot of experience racing here and it definitely helped me. We had a pretty good car for the feature. We just need to fine tune it a little bit. Towards the end I was just trying to ride and save the right rear tire.”