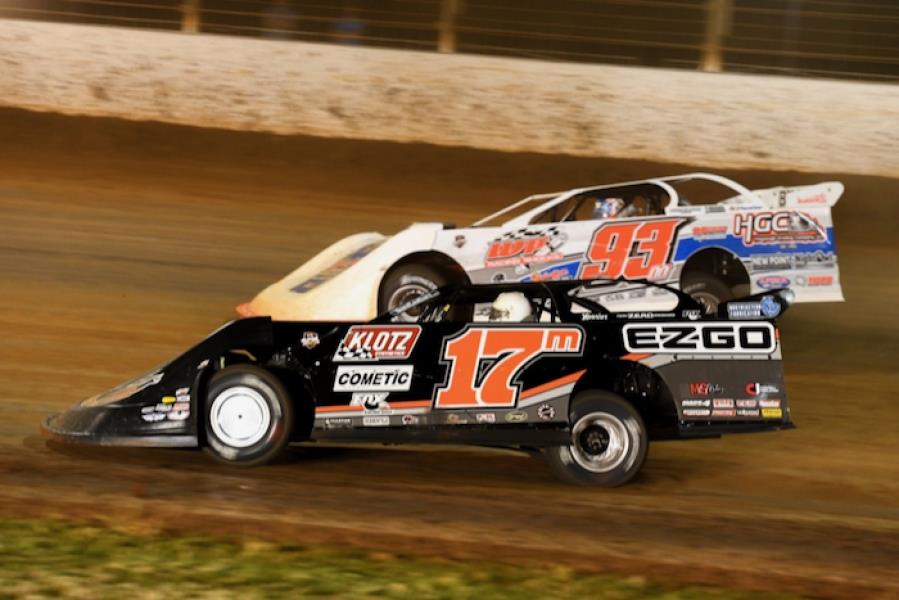 Shane McDowell Racing returned to action on Wednesday afternoon with Dale McDowell competing with the XR Super Series at The Dirt Track at Charlotte (Concord, N.C.) for the inaugural Colossal 100. (Kevin Ritchie photo)

In a stout field of 47 Late Models, Dale followed up a seventh-place finish in his heat with a fifth-to-third run in his B-Main. Improving six spots in the 30-lap preliminary feature, McDowell posted a 15th-place outing.

For another $25,000-to-win A-Main on Thursday, McDowell jumped up one spot in his heat race to place second, trailing Chris Madden. Starting the feature in 10th, Dale inched forward three postions in the 30-lapper to finish seventh.

After losing Friday’s program to Mother Nature, Dale secured his spot into Saturday’s $50,000-to-win Colossal 100 finale with the third-and-final transfer spot in his heat. Starting in 15th, McDowell was one of eight cars that retired early from the 50-lap feature.