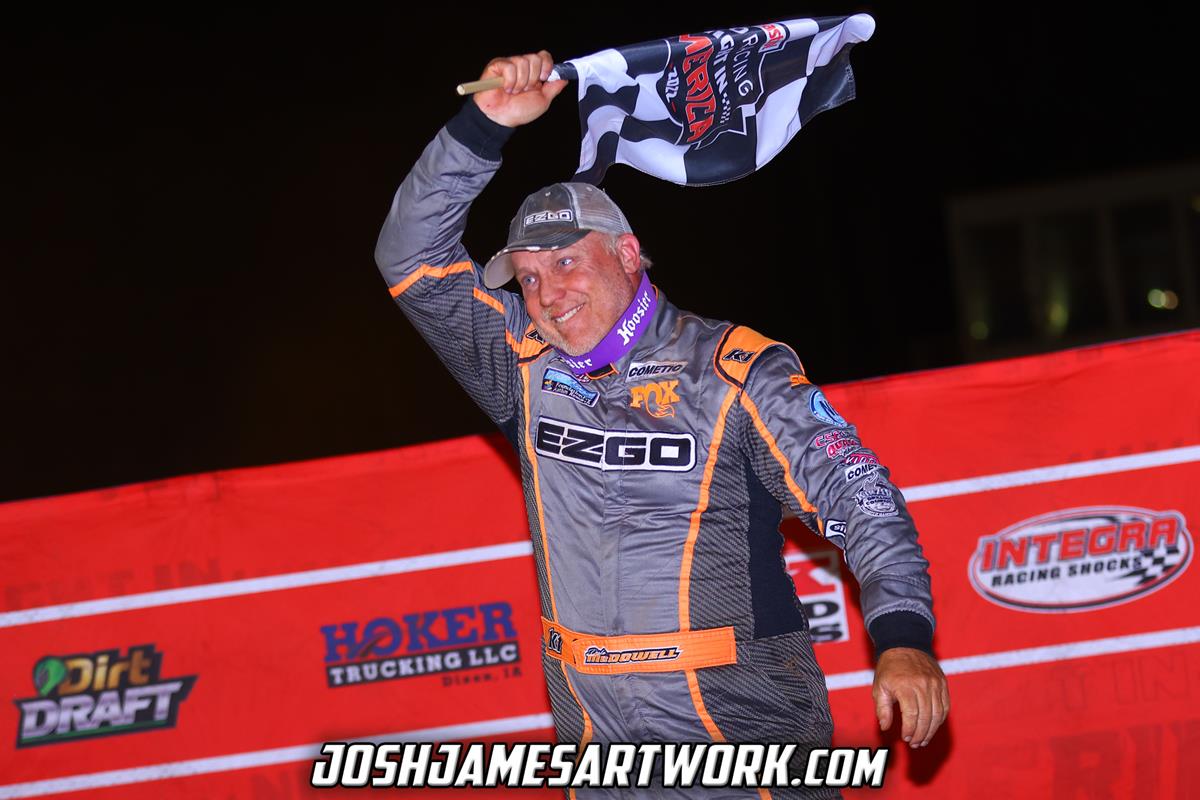 Dale McDowell picked up a $22,022 victory in his first-ever start with the Castrol FloRacing Night in America miniseries on Thursday night. (Josh James Artwork)

He overtook race-long leader, Carson Ferguson late in the event to register the five-figure victory.

“We had a pretty good long run car as we usually do,” McDowell said in Victory Lane. “A couple weeks ago (during a $20,000-to-win World of Outlaws race) at Boyd’s (Speedway), I was a little easy and let one I feel like get away from us. These things are hard to get, so we managed our tires. “Shane and Landon, you know, they balanced the car. Shane’s good at adjusting and getting it balanced in all the information that I can feed him. I really didn’t know. It was awfully racy there in lapped traffic, so I kind just chose the bottom there for a little bit and then there late I got to running the middle. Man, it’s awesome. Awesome win here.”

Dale McDowell entered the Shane McDowell Racing No. 17m Late Model into battle with the Castrol FloRacing Night in America miniseries on Thursday evening at Tri-County Racetrack (Brasstown, N.C.) in the 17th running of the FK Rod Ends Tar Heel 53.

With 35 Late Models on the grounds, Dale stopped the clock fifth-fastest in his group before placing in third in his heat race.

Starting the feature in 10th, McDowell tracked down race-long pacesetter Carson Ferguson on lap 45 and led the final nine circuits to claim his eighth win of the season and second-career Tar Heel 53.

He collected a $22,022 payday ahead of Brandon Overton, Chris Madden, Cla Knight, and Garrett Alberson. The win was the second of his career in the event.

Back in action on Saturday, McDowell invaded Talladega Short Track (Eastaboga, Ala.) to compete with the Lucas Oil Late Model Dirt Series (LOLMDS) for the $15,000 top prize. With a heat race victory placing him on the second row for the main event, Dale inched forward one spot in the 50-lap affair to register a third-place finish. He trailed Tim McCreadie and Ricky Thornton Jr. to the checkers.

Full results from last week can be found at www.FloSeries.com and www.LucasDirt.com.

The team returns to action this Tuesday, October 11 at 411 Motor Speedway (Seymour, Tenn.) with another $22,022-to-win Castrol FloRacing Night in America event. 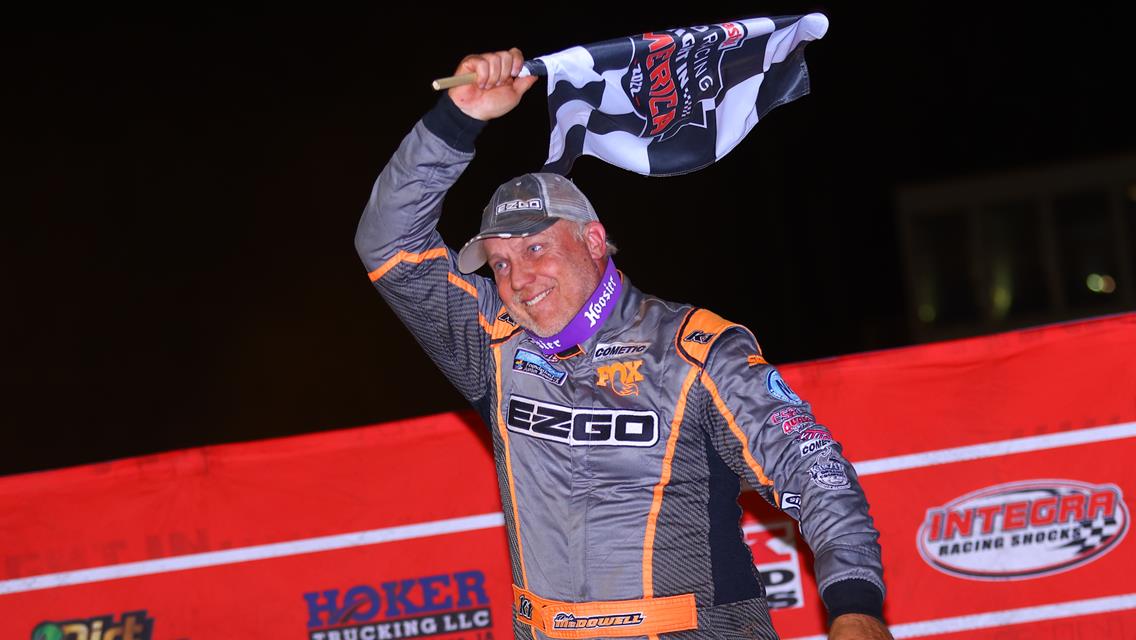 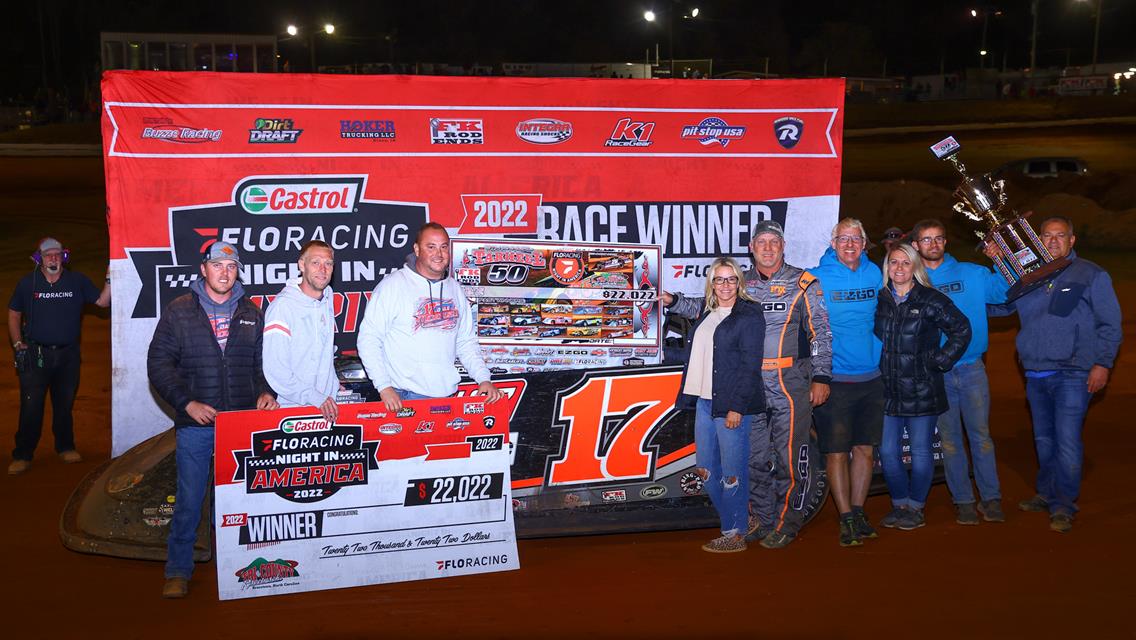 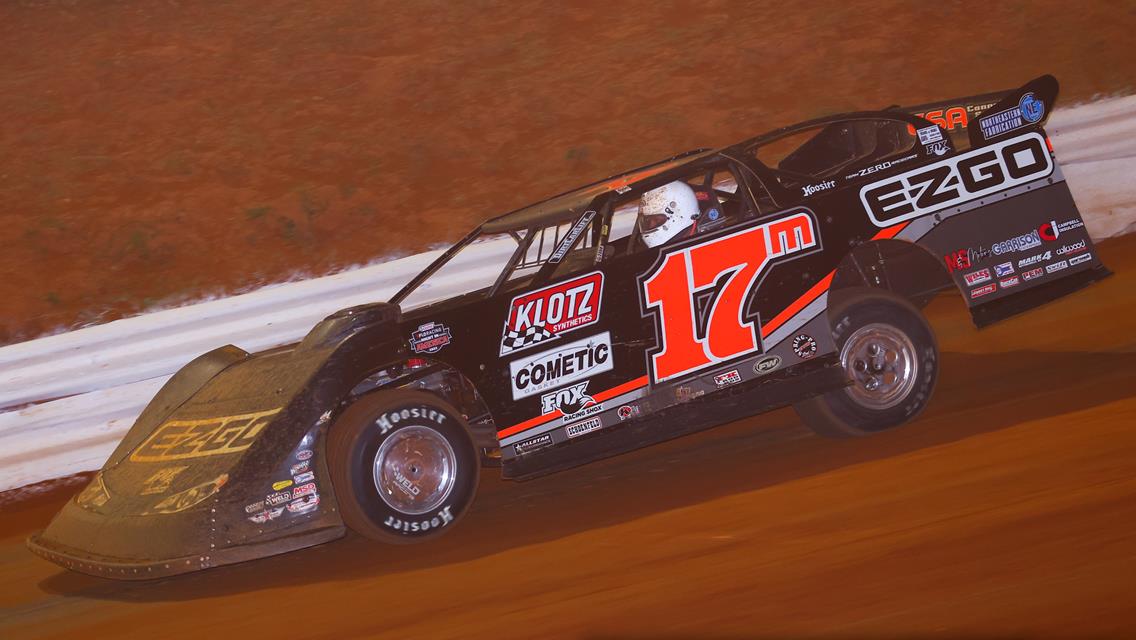 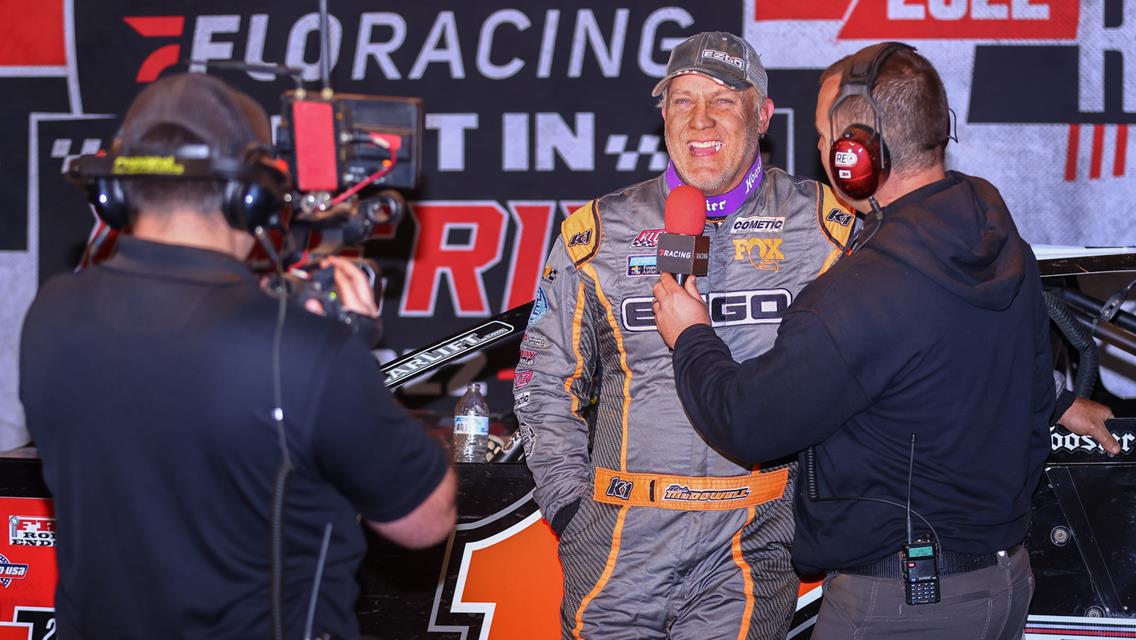